Take the slider to minute 9.

Much thanks goes to the Center for Judicial Excellence, Kathleen Russell, et al. for working so hard to get the audits and to expose the truth.

Another section of The Public Court, “Serious problems with Custody Evaluators,…” reveals evidence backing up the two articles above, and there is strong material evidence backing up these claims — the AOC has been presented with the evidence. Sacramento and Marin are not the only Counties needing an audit — the articles above only scratch the surface of the abuse at the taxpayers hands. Judicial Council Watcher has more in depth information on the CA Administrative Office of the Courts. So far, for San Diego County the only perception and actions the Court and AOC give are “deny, deceive, and ignore,” basically the same corruption they are/have been facing up North.

Read the email evidence below between Emad Tadros MD and Eric Pulido of the Internal Audit Services, Judicial Council of California – Administrative Office of the Courts. In phone conversations, Mr. Pulido always mentions his “boss,” deferring to him as if he (Eric Pulido) is not responsible, and Mr. Pulido won’t provide his bosses name or contact information, and neither will his “boss” contact CCFC. Mr. Pulido has been very cordial and has carefully listened to our complaints in phone conversations with Emad Tadros MD and a couple other CCFC Members, and much evidence has been sent to him. However, it is shocking that the AOC is doing nothing. It is so clear and simple that they are in violation. The violations are not hard to see or grasp at all. They only send out “cookie cutter” evasive sounding emails in response, the same one every time. The evidence that has been sent them is shockingly clear of the criminal-level violations by San Diego Superior Court, and this is their response? This is who your tax dollars are going to folks. 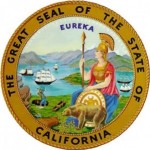 The information and/or documentation that you provided will be reviewed, handled in accordance with judicial branch policies and procedures, and appropriate action taken.

“Serving the courts for the benefit of all Californians”

In these communications, I have repeatedly asked your person and your office for some direction as to how to handle the serious matter, that Motions and Documents have been disappearing from my Tadros V. Doyne down here in our San Diego County. So far, while I am in need of every day to process my appeal promptly, I heard NOTHING from you and/or your office in regards to this Michael Roddy’s “San-Diego Superior Court controlled, Tadros v. Doyne-Case-Documents-Disappearacne-Matter.”

1- Why no email or fax or any professional reply or consideration from your Administrative Office of the Court/AOC office in regards to the serious concern(s) we outlined earlier?

I reiterated that the violations in our county courts are the result of Mr. Michael Roddy’s derelict and lack of professional oversight of our San Diego Courts, where Mr. Roddy did NOT perform according to his CRC Mandate and his professional assignments. I am now never able to perfect my Tadros V. Doyne case records for the Appeal as a result of your “AOC’s failure to supervise” where California Rules of the Court/CRC have been violated in our county for 9 years from 2001 till end of 2009.

2- What is the main reason as to why AOC allows Mr. Roddy such a free pass “to continue” to be in charge of what clearly appears to be a malignant and unprofessional corruption in our San Diego County Court?

3- How much time do you think the AOC would need to figure the Flagrant CRC Violations by our San Diego County Court? More than 2 minutes?

4- What would be the benefit of keeping Silent when 23 of our 26 Family Court Judges did not fill out their state mandate California Form 700 Statement of Economic Interests, which is their formal Election Campaign Funds reporting? Is this an Illegal act?

5- What are the consequences of maintaining this AOC silence? Would that continue to convey injustice an harm to the helpless children, trafficked by our local court unprofessional(s).

As we mentioned with our good intentions previously, what we see is subtle progressive harm committed by thugs with professional wigs protected under the color of authority on the innocent families and their children, through piracy and the very violations of your own CRC?

San Diego County was on the hit list for an audit for a good reason, but somehow and someway, the San Diego county slipped through all audit and did not go through ANY audit,… for A VERY GOOD REASON?

“CRC WERE THERE SINCE 2001 FOR A REASON.” We have been stopping at nothing and we still hope that his matter stops at your AOC and goes no further. I hope that you do not let our hope fade away, as it has been with your recent AOC’s undue silence. With our sincere US undying and free spirit and as we are respectfully tenacious, we will leave NO stone unturned until our local court take the fair professional approach for those pirated upon and robbed San Diego Families.