On October 1, 2009, Attorney W. Robert Lesh (aka Bob Lesh), currently a member of the San Diego County Bar Association and its Family Law Section, as well as a member of the State Bar of California and its Family Law Section, and who has been the Chair of the Family Court Services Subcommittee for the San Diego County Certified Family Law Specialists, sent his mass email through the SDCBA list-serve “privately” urging all San Diego Family Court Attorneys to file mandatory form FL-326 illegally. This was by asking them to go to old cases and file those (missing but mandatory CRC ) FL forms on old cases instead of prompting attorneys to “due diligence” to never touch the forms or old cases and acknowledge and notify the violated parents immediately.

Upon discovery of Bob Lesh’s (aka W. Robert Lesh) email and behavior, Dr. Tadros formally requested to meet with Bob Lesh. He neither pursued any “due diligence” nor met with Dr. Tadros, nor did Bob Lesh apparently attempt to contact any violated parents (litigants).

On August 27, 2011 on behalf of the public, the California State Bar complaint was filed by Dr. Tadros regarding Attorney Bob Lesh’s conduct. The major concern in this complaint was the fact that Bob Lesh was prompting attorneys to go to old cases… and surely Stephen Doyne, PhD committed perjury by following Bob Lesh’s promptings to the “T” by filing form FL-326 after the fact, and on old cases! A posting dated December 16, 2010  on the thepubliccourt.com about this matter followed these actions by Bob Lesh and Stephen Doyne PhD (then the letter to Mr. Lesh). The Association of Certified Family Law Specialists ACFLS and well respected SD County Bar did nothing. The Association of Certified Family Law Specialists Committee of the San Diego County Bar Association puts Stephen Doyne PhD up on a pedestal, inviting him to speak at their annual Spring Seminar where he lectures to Judges and Family Law Attorneys in 2010 and now this coming Spring 2012.

Then on February 29, 2012 the Association of Certified Family Law Specialists ACFLS on behalf of thousands of Family Court Attorneys, took the time to write and file a nine (9) page letter “posted herein” with the appeal court requesting that the Tadros v. Doyne Appeal Decision be published as a reference case. However not one of the so-called “family law specialists” moved a finger to “due process” for the already-violated (for years) families, and despite the fact that Dr. Tadros presented to the Appeal Court that Stephen Doyne PhD committed perjury over families, and at the Association of Certified Family Law Specialists ACFLS representative prompting. Now Stephen Doyne PhD and the ACFLS are asking to contemplate the publication of Tadros v. Doyne’s Appellate Court decision. To date, not a single authority has stood up or even lifted a finger to pursue any due diligence in regards to the “ongoing” violated families, or to the fact that Stephen Doyne PhD continues to commit perjury and lie under the penalty of perjury with harm and violation directed upon the families, and all to the 100% clear-cut financial benefit of the Attorneys. 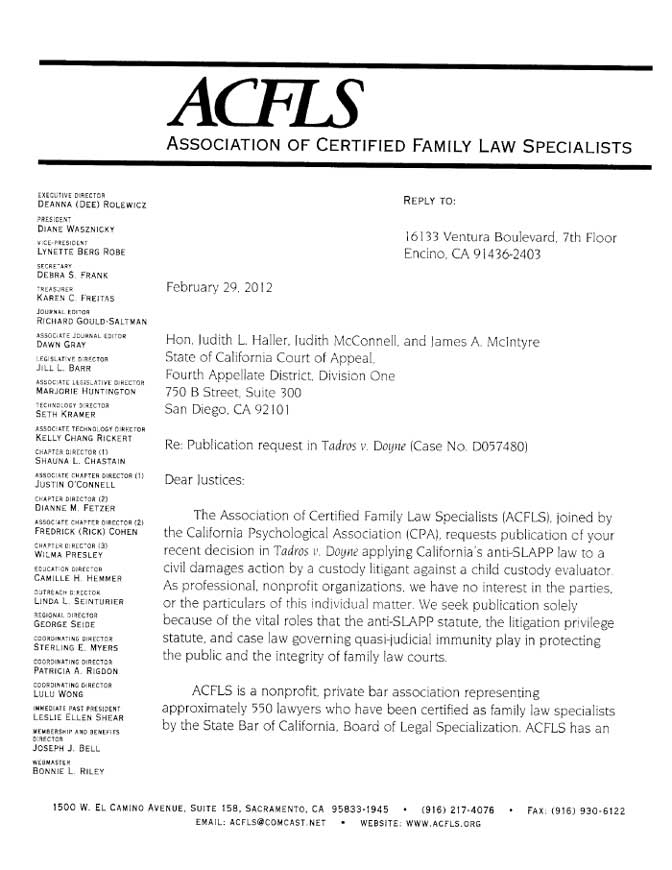 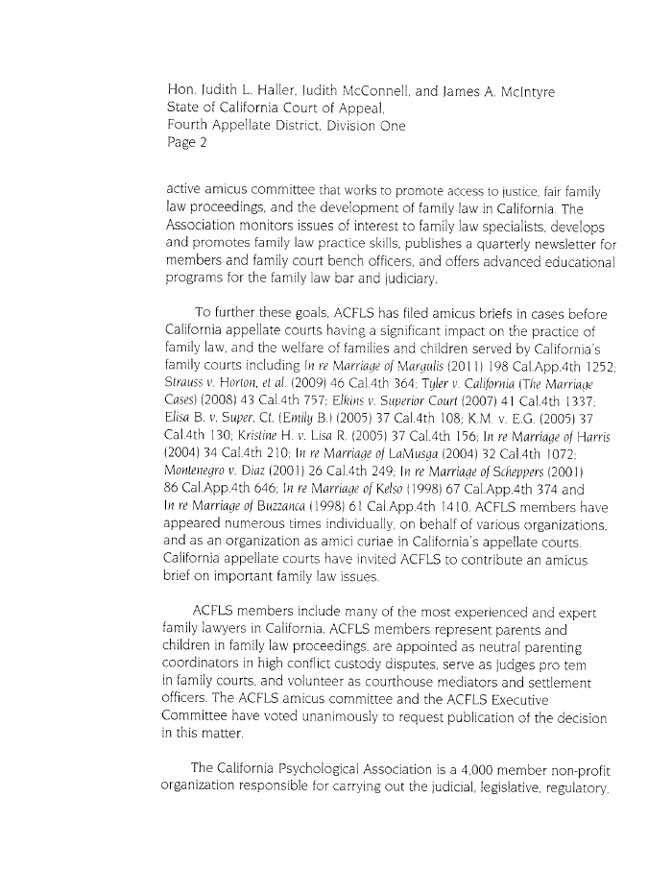 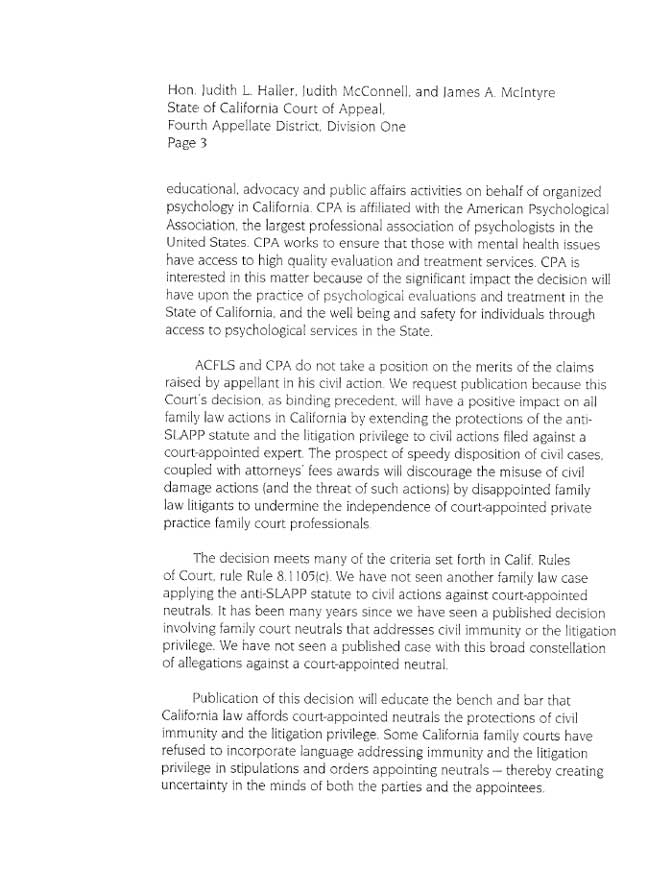 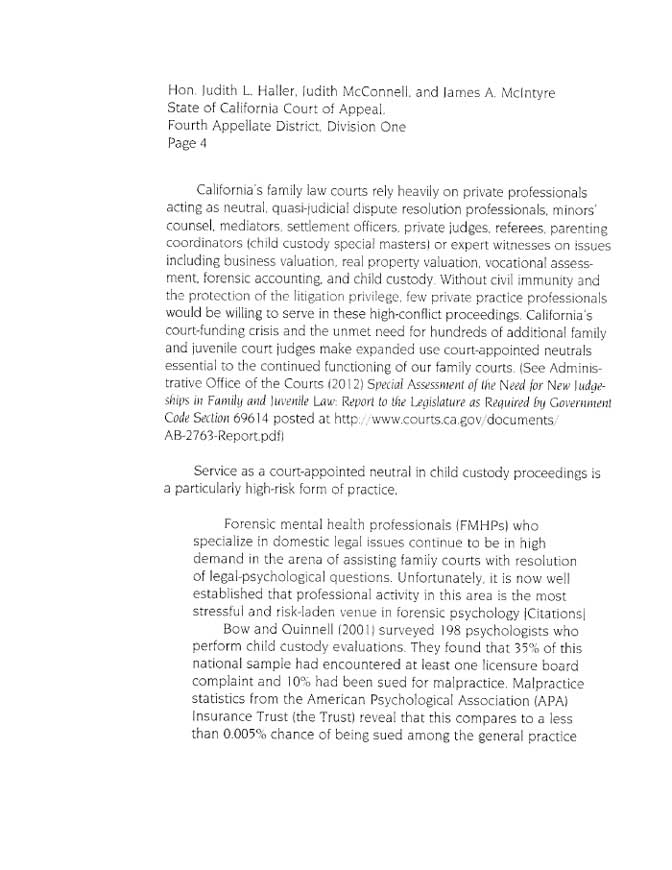 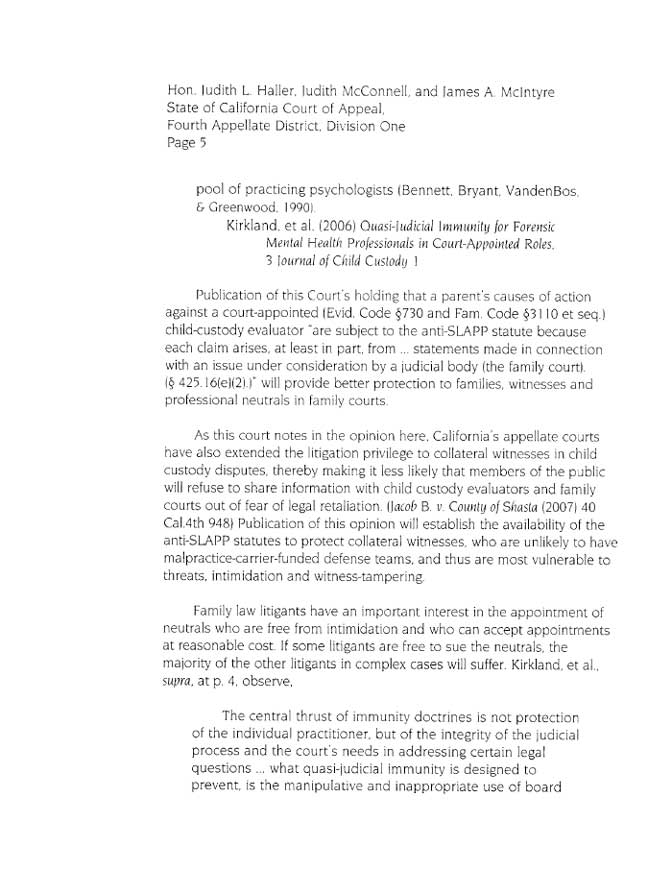 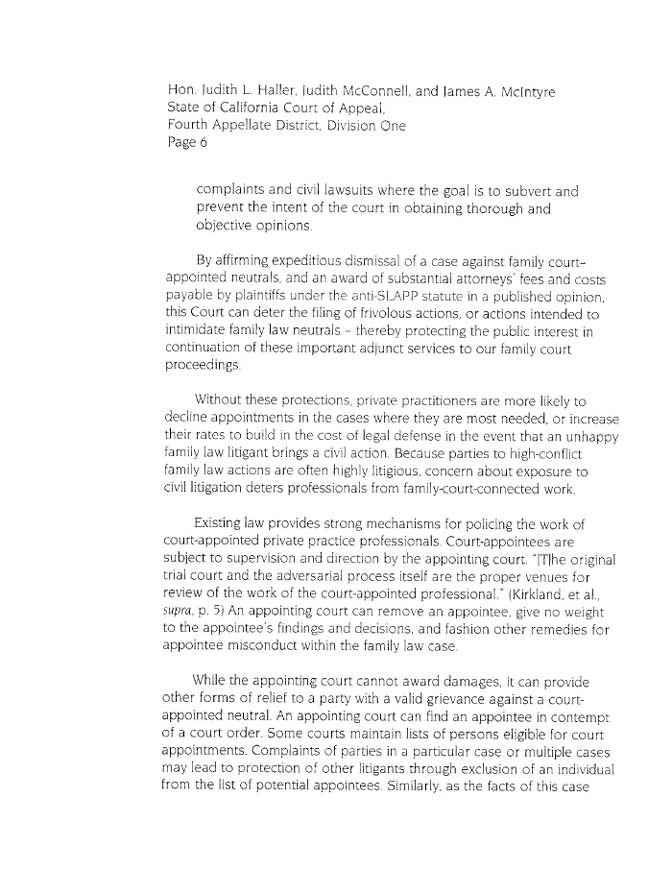 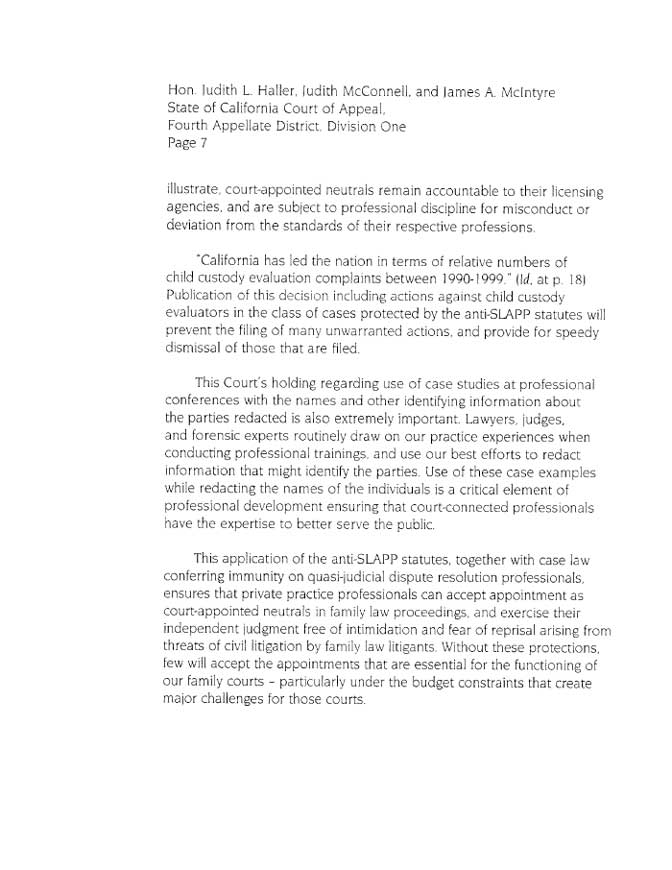 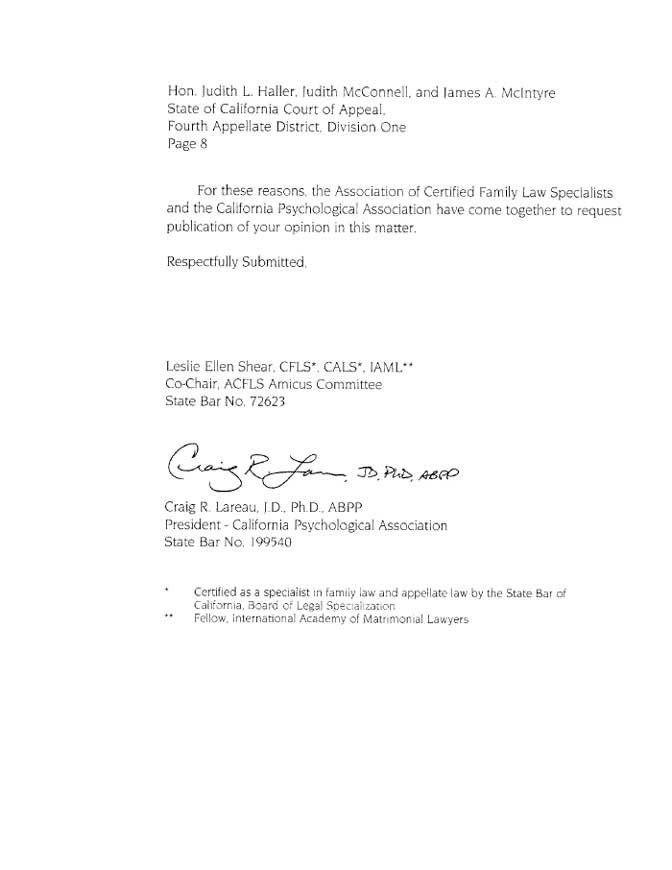 If you are not following along here please go back and read the complaint to the CA State Bar.